A Secret to Die For

was a very ‘edge of the seat’ kind of book. I think every chapter, except for the last, ended with the main characters in danger, making this a fast pace book difficult to put down! Aside from this, I love how Lisa’s main characters were both dealing with grief, yet one had learned to lean on God while the other had turned away.

I totally recommend to anyone who likes suspense novels! 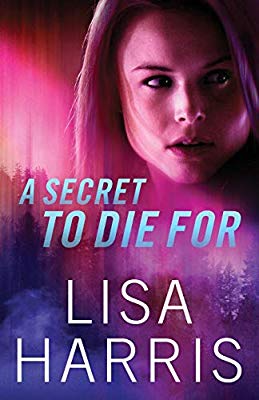 Psychologist Grace Callahan has no idea that she has a secret–one worth killing for. But when she finds out one of her clients has been murdered, she quickly realizes that the computer security specialist wasn’t simply suffering from paranoia.

Detective Nate Quinn has just been cleared for active duty after a bombing killed eighteen people, including his partner, and left him dealing with PTSD. His first case back on the job involves the murder of Stephen Shaw, and his only lead turns out to be an old friend, Grace Callahan–and her life is in grave danger. Someone believes Shaw gave his psychologist information before he died. Information they are willing to kill for.

With her signature pulse-pounding suspense, Lisa Harris takes readers deep into the heart of fear in this race against the clock.