Last month I did multiples by different authors.

On my library app I heard three by Susan Meissner in a roll.  They were all good and I always learn so much from her.

The first two got a tad narrative for my liking but I give them 4 💕. As Bright as Heaven was my favorite from the three. It was unique with 4 POV, one of them dying which you don’t see often. It had humor in the hardness of the flu epidemic and I give it 4 1/2 💕. 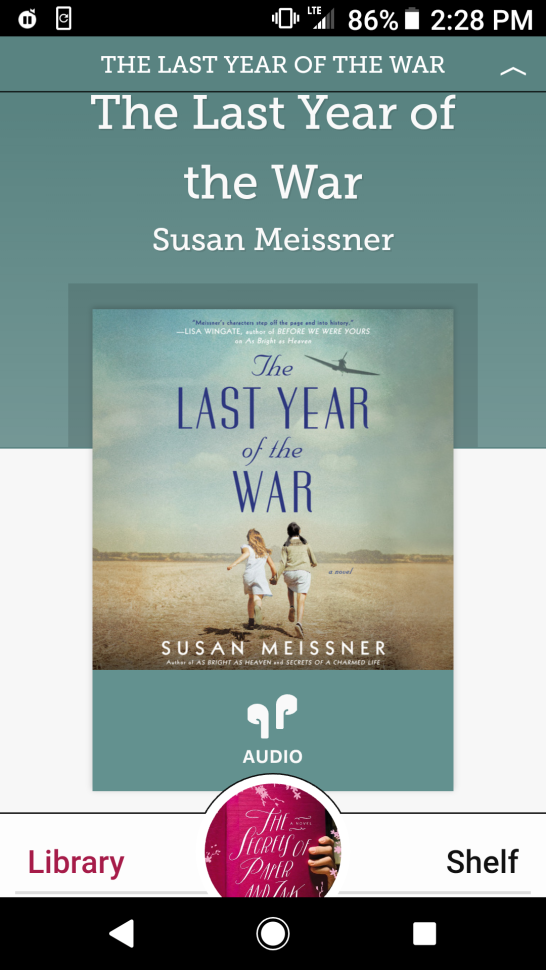 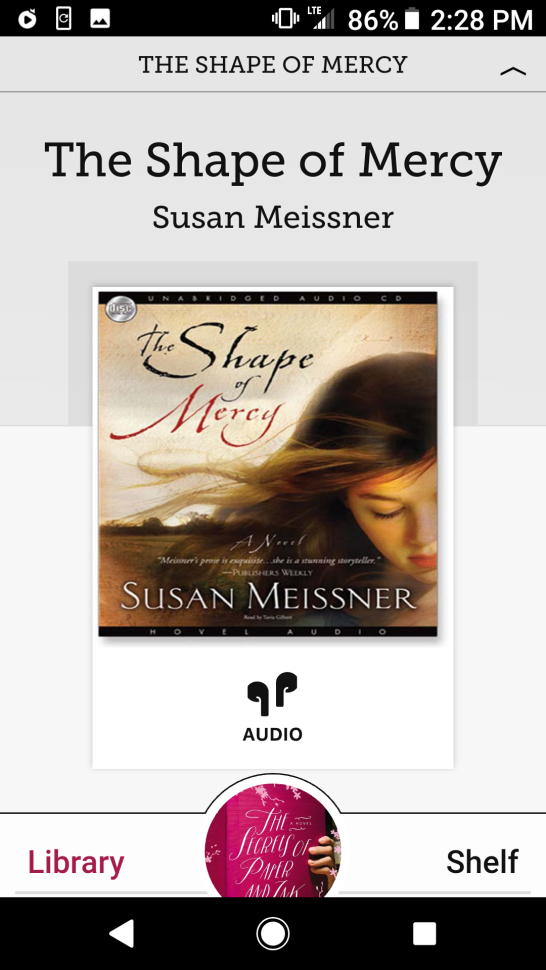 Then I went on a C.S. Lewis mini binge. The first one was  actually a fictional about his wife. It was moving as she went through her life and seem to speak after death. I give this beauty 4 1/2 💕. This novel mentions the grief book Lewis wrote after her death and I borrowed it next. You could tell it was a low point in his life, which I can’t pretend to understand the loss of a spouse. Whatever the cause it was different from his other work,  I rate it 4💕.

I then moved on from my library app to my Christian audio app and binged on Kyle Idleman. I mean if you haven’t heard him, he’s great! He will make you laugh, cry, and pray. He’s probably my favorite non-fiction author. I’m not sure if the genre is Christian living or inspirational but it’s deep. I rate both of these 4 1/2 💕 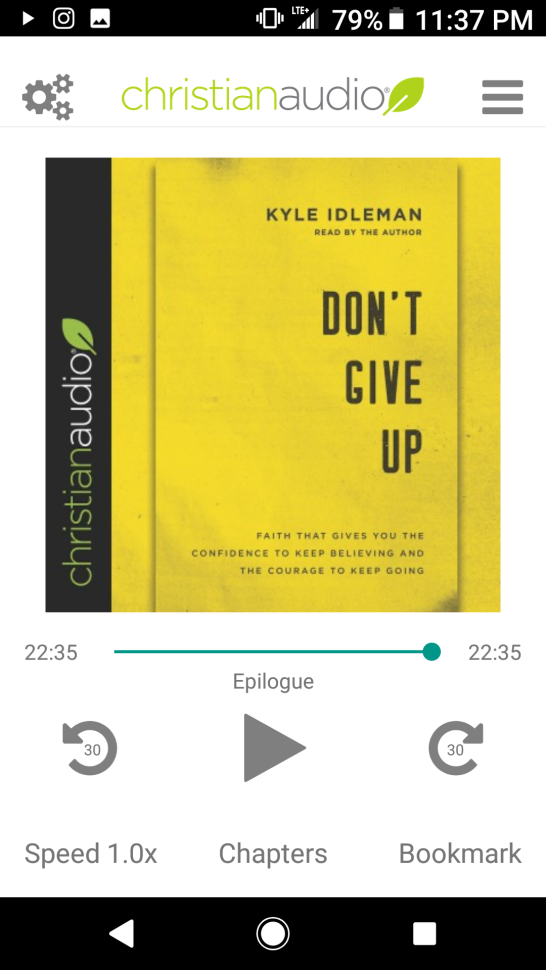 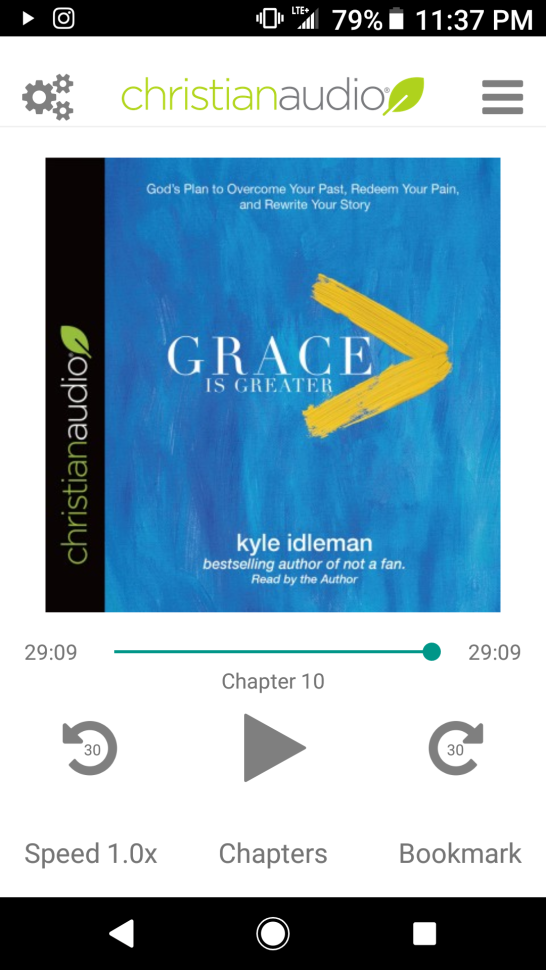 Last but not least was Julie Klassen on my audible app💕. The first I give a 4 1/2 💕. Regency excellency if you are into this genre. 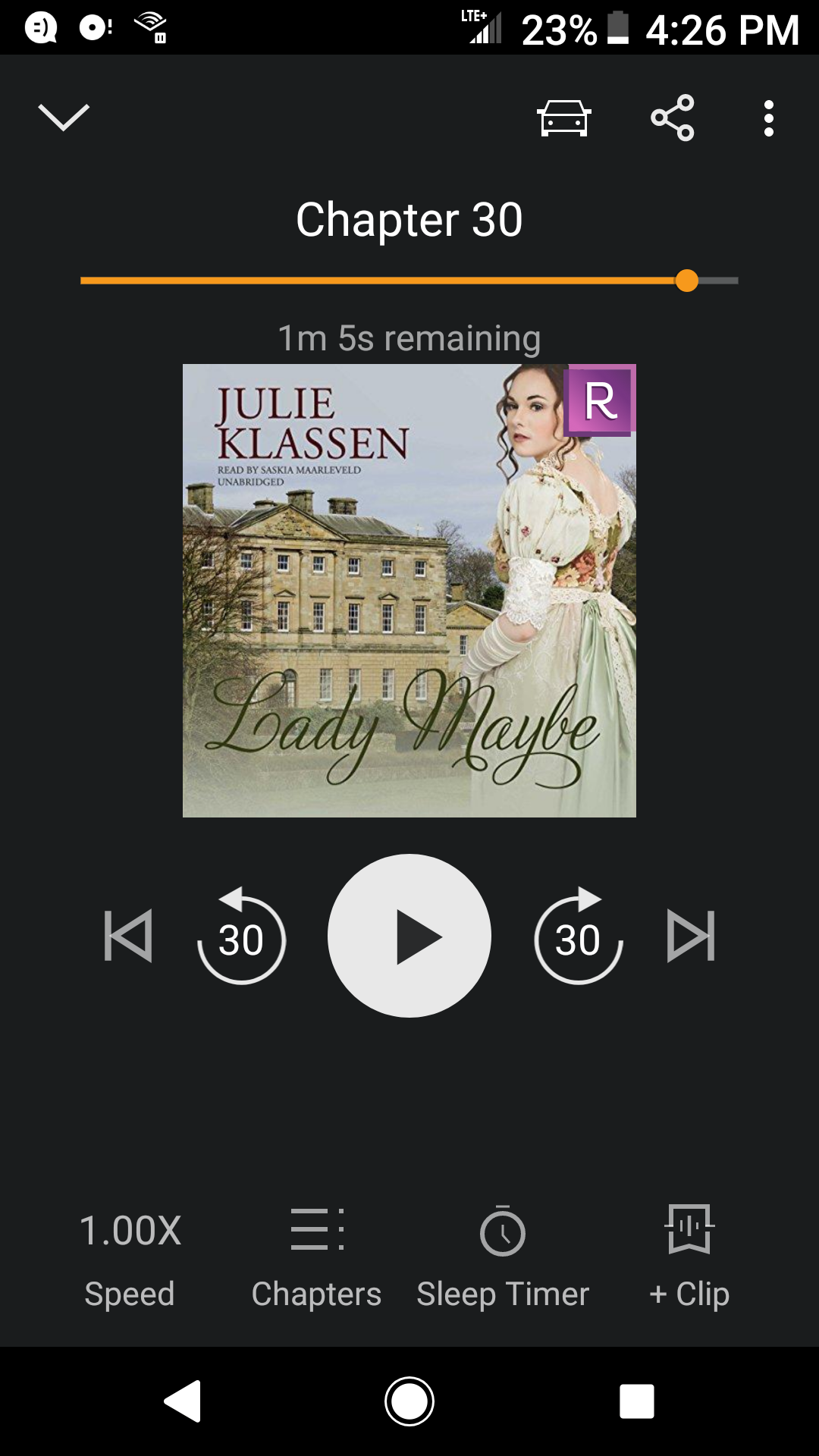 This was probably the least of my favorites of the 4 I have read/heard by her. Although clean, it almost pushes the boundaries. However I was tickled silly because I had a dream that I know was triggered by this novel.

If you made it this far, now is your time to escape my craziness 😂.

If you are familiar with her writing she usually has one gal with three male options. Also you normally see at least two of the guy’s POV which makes you like and want to root for them all. Unlike other of her books the third dude in this story was a jerk so we shall only talk about the other two…who happen to be brothers.

So quick summary without the end. The younger brother, who is scheduled for battle, goes to small town looking for older irresponsible brother to make him help ailing dad with business. He’s a few fries 🍟 short because big bro left for Italy that morning without telling anyone. Well, he left a goodbye note to his unofficial girlfriend notifying her that it was nice knowing her and didn’t know if he’d back. Aggravated, the captian packs a crate of his sibling’s belongings, but finds out Sophie is pregnant. Not thinking his brother would wed her if he came back, he offered marriage to save her reputation. They elope @ X Island 🏝 and he leaves to war. Big brother, who is unaware of pregnancy or wedding, realizes he loves Sophie and returns home before reaching Italy. He tries to convince her of  annulment, by going to another 🏝 that can do such thing. She refuses, but when the captain is thought to be killed at battle, she thinks she will marry baby’s daddy after all. Then the captain turns out to be alive. It is such a crazy entanglement and I won’t spoil the end.

However, here is my insane dream. I’m pregnant 🤰 and I mournfully tell my husband it’s not his baby!   But apparently we aren’t married in my dream because he wipes my tears away and tells me, “it’s okay we can get married 👰 in Laredo Mexico and nobody will have to  know.” I thought it the most romantic thing and sobbed in his arms. Then I ask my dad if he would marry us in Mexico. He sighed, “I guess I have to renew my marriage license.” I was elated! How is that for an elopement?!

I woke up grabbing my round belly (from excessive carbs not baby) and nearly cried of laughter.

No more book binging, I loose sight of reality 😂.

Not my cup of coffee and I didn’t  have the heart to finish it. 💕